For around 50 years (1952–2008), there was a small community living and working outside the village of Stein. They called themselves Abtei Thelema – Abtei meaning abbey – and saw themselves in the tradition of French Renaissance poet François Rabelais and British occultist Aleister Crowley. The community shielded itself from its surroundings, giving rise to all kinds of speculation. People said they were conducting alchemical experiments, or that they were studying ancient wisdom texts and possessed an extensive library. When their bell started chiming on Sundays, mingling with sound of the village church bells, rumour had it that strange masses were being celebrated in the basement. In the 1970s, tabloid papers reported that the members of the community were wont to dancing naked in the garden. 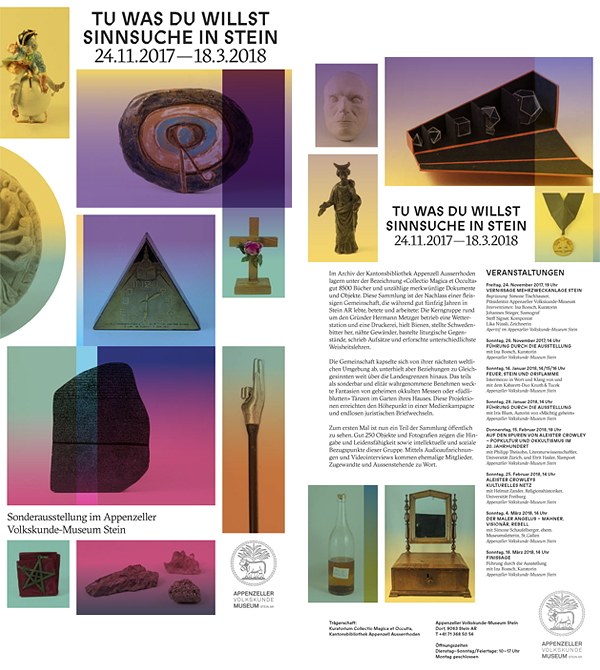 Who were these «weird» people? Was their base the global centre of a secret society? Did they engage in ritualised sex? Or was it merely a place of encounter for like-minded people? The exhibition, curated by Ina Boesch and designed by Johannes Stieger, presents a wealth of exhibits stemming from the community’s large estate and lets former members as well as neighbours and visitors have their say.